In addition to the contributions made by the Centre for Monitoring Election Violence (CMEV) in critical engagement with the election observation processes in Sri Lanka, it has simultaneously been contributing to the electoral reform process too in the country. As part of these overall functions; CMEV has initiated a series of discussions with the intention of enhancing an Island wide public discourse on “limitations on campaign finance and the disclosure of assets and liabilities”.

Imposing limitations on campaign finance and the disclosure of asserts are not merely isolated elements of the overall electoral process. They are obviously factors that play a pivotal and decisive role of any election. Additionally, these factors assist safeguarding the overall integrity of the electoral process while creating an equal playing field for all election candidates. While most of the countries across the globe have been effectively working in and around identifying and adopting appropriate approaches connected to restricting campaign finance; it is a welcoming situation in Sri Lanka having initiated a public discourse on the same matter during the recent past.

Therefore, contributing to the said initiative, Centre for Monitoring Violence (CMEV) organized a public discussion on the ‘campaign expenditure and on declarations of assets and liabilities’ at the Royal Nest Hotel, Polonnaruwa on 29th April 2017. The discussion was organized by CMEV in partnership with Transparency International Sri Lanka  and a number of civil society organizations along with candidates willing to contest upcoming Local Government election. 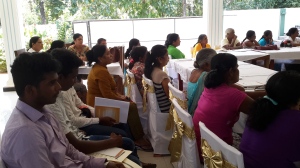 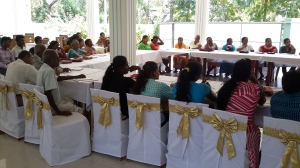 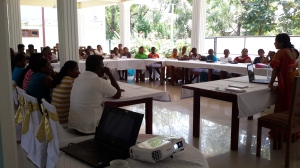