The said gazette has already been sent to the government printing department for publication. The first council that ended the 4 year term was Batticaloa Municipal Council which was in the year 2012.

The terms of all the Local Government Bodies have reach their end from time to time starting from the month of march in the year 2012, accordingly it was in the year 2015 that the last remaining councils concluded the terms. Therefore the Sri Lankan electors have been waiting for an opportunity to cast their votes to select their local representatives under the newly introduced system of elections which is a mix system comprising of 60% and 40% from FPPT and PR respectively.

According to the notice issued by the Election Commission, the consideration has been given to the possibility of holding the election at a date between 20th to  31st January 2018. 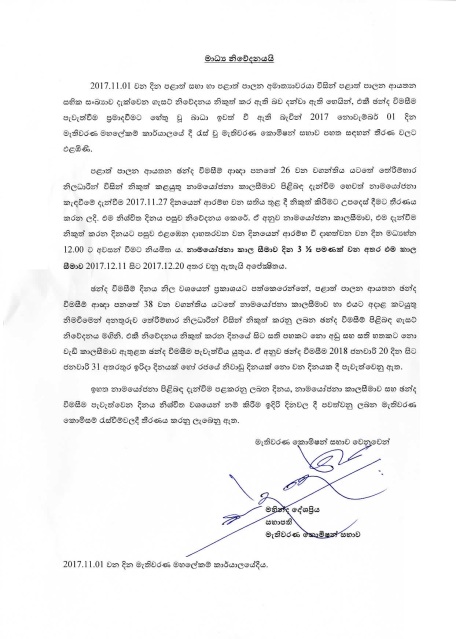 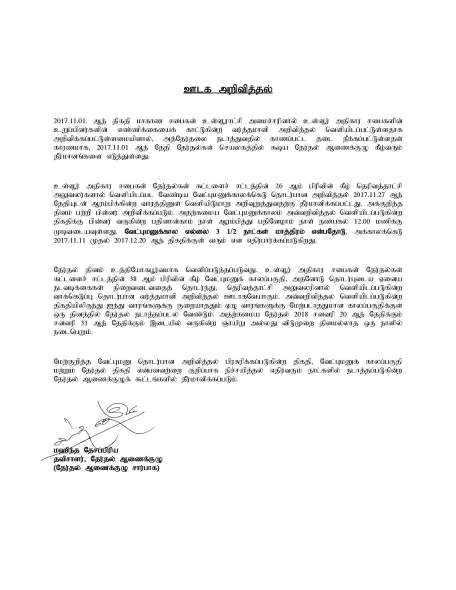